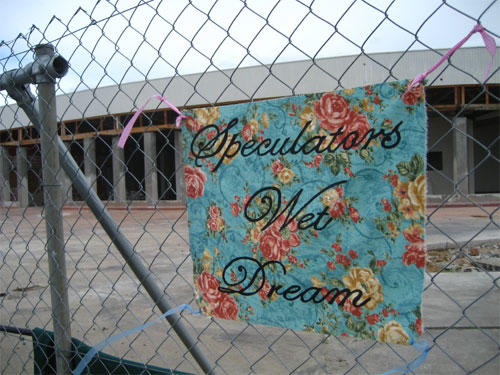 Marcy Wheeler is like one-woman truth squad, debunking GOP torture apologists' claims that it was really W and Cheney's waterboarding program we have to thank. Cheney himself speculated along those lines: "I would assume the enhanced interrogation program we put in place produced some of the results that led to bin Laden's ultimate capture." [emphasis mine]

Well, that's their story, and they're sticking to it. It's quickly become one of the official GOP talking points in their response to this week's geopolitical earthquake. As Wheeler, AKA Emptywheel, inconveniently points out, though, not only did the waterboarded terrorists not give out the actionable intelligence during their years of torture, they gave out plenty of false leads that led to the US squandering millions of dollars chasing wild geese.


Worse, once al-Libi did give up some useful information, Bush's counterterrorism unit  drew the wrong conclusion from it. They decided that if couriers were only contacting OBL every couple of months, that meant he wasn't that important. Shortly thereafter, the CIA's anti-bin Laden unit was disbanded.

Wheeler quotes a NYT account of the decision: "The realignment reflects a view that Al Qaeda is no longer as hierarchical as it once was, intelligence officials said, and a growing concern about Qaeda-inspired groups that have begun carrying out attacks independent of Mr. bin Laden and his top deputy, Ayman al-Zawahiri." This was the same argument Bush made in 2002 when he said that he "doesn't spend that much time" worrying about bin Laden – that terrorism was about more than one man.

Well, it's true that al-Qaeda morphed into more of a franchise operation after OBL escaped from Tora Bora, but this suggests some further speculation. Could the US have gotten him earlier if they had used the more reliable interrogation techniques instead of the waterboarding? Guess we'll never know. But Gareth Porter argues that such indifference goes back a long way.

RedState's Erick Erickson, who said he didn't want to be churlish about crediting Obama, then unloaded one churlish post after another. passes on some more speculation. Erickson doesn't want to "stand by" the post he links to, but forwards speculation to the effect that Leon Panetta is the real hero here, and Obama was just a "goofy wuss" who was out of the loop on the operation. Pardon me for not linking up myself.

Escahton, though, links up to some far more interesting speculation: an Asia Times article which pieces together an argument that OBL was taken out thanks to a tip from the Saudis:


The overthrow of Egyptian president Hosni Mubarak and the near-overthrow of Yemini President Ali Abdullah Saleh, along with the eruption of instability across the whole of the Arab world, changed al-Qaeda's position. From Riyadh's vantage point, Bin Laden was a loose cannon and an annoyance, but no threat to the strategic position of Saudi Arabia.

The royal family preferred to allow some of its more radically-inclined members to provide support to Bin Laden on a covert basis in return for al-Qaeda's de facto agreement to leave the Arabian Peninsula in peace. As a WikiLeaks cable revealed, US Secretary of State Hillary Clinton wrote in a secret December 2009 memo, "More needs to be done since Saudi Arabia remains a critical financial support base for al-Qaeda, the Taliban, LeT [Lashkar-e-Toiba] and other terrorist groups."

So, under this scenario, the real "hero" (if belatedly so) was King Abdullah. If so, public outrage over double-dealing by Pakistan is misplaced. And as I noted the other day, just about everybody in this game plays both sides against the middle.

David Dayen has spent a couple of posts deconstructing the Paksistani-US rift as a "shadow play" for public consumption in both countries. Hammad Said likewise offers speculation at the improbability of the OBL operation succeeding without Pakistani cooperation - in which case we should also be thanking Zardari, rather than Cheney, for our national catharsis.

But the lead story at CounterPunch today ties together the logical conclusion of the Saudi/Pakistani speculation: that the US had to have known about OBL's whereabouts for some time. Israel Shamir thus speculates that the real hero here is Julian Assange. Not only have Wikileaks revelations helped to spark the Arab uprisings, but the latest round of Wikileakings were bound to lead to more clues about OBL's hideout, thus dictating the timing of the operation.

All of the above, is of course, mere speculation. But since the official story seems to keep changing with regards to crucial details, speculation is inevitably invited. Maybe you'd like to try it yourself?

UPDATE: Conn Halinan provides some well-reasoned speculation on how Pakistan had to have known.
Posted by MZepezauer at 12:40 PM