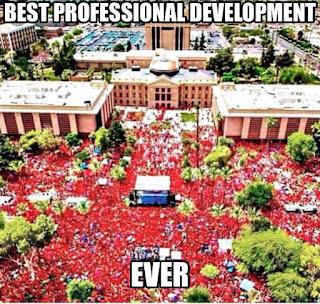 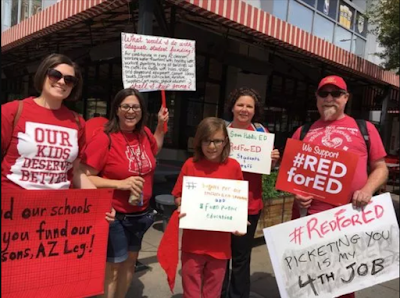 At this point, we have achieved a four-elevenths victory on our demands. A month ago they were basically offering nothing. That is, their initial budget, before we threatened and achieved our walkout, had $65 million in increased spending for education. When all was said and done, they had coughed up $405 million. That's less than a third of what we demanded, but more than six times their initial offer. We made our voices heard, we're organized in a way we never were before, and now we know who our friends and enemies are. We're just getting started, and we will, most assuredly, remember in November.
Posted by MZepezauer at 2:47 PM No comments: