There's a column in the Tucson Weekly where they ask various people a series of questions about their musical tastes, including "What was the first album you ever bought?" and "What are your guilty pleasures?"

Well, I have no guilty pleasures, but the former question is easy. I saved up my allowance for weeks to buy the solo album from Davy Jones of the Monkees. In 1966, I was a huge Monkees fan, and I'd already gotten ahold of their existing albums for birthday, Xmas presents, etc. But down at the local Rexall drug store, for probably a buck ninety nine, was the coveted fetish object. Once I had the funds secured, I rode my bike to the strip mall and secured the first of an endless stream of of OCD hunter-gatherer artifacts.

The album was nothing immortal, but my love for the Monkees led me down many a path I still walk today. I had my first radio in my bedroom about that time, and lay awake nights listening to KLIV and KFRC, hoping to catch a Monkees song, and instead awakening to the expanding Big Bang of popular music.

I've no guilt for still loving the Monkees; as Peter Tork says, their song catalogue stacks up quite nicely next to most of their contemporaries, whether they wrote them or not. In any case, they were delivered with verve and charisma, and sound fresh to this day. Many thanks to Mr. Jones, gone too soon, and his mates.

The same column regularly asks, "What was the first concert you ever attended?" And that one is one that got away. My mom got us tickets to see the Monkees, with a warmup act named Jimi Hendrix, but that leg of the tour was canceled for one reason or another. So instead, the first concert I saw was the Dead and Big Brother at the Human Be-In at El Camino Park in 1967. But that's another story completely.

UPDATE: Marc Hirsh makes the case for respecting the Monkees enough to put them in the Hall of Fame:


The simple fact is that if the Hall can (deservedly) induct acts along the lines of the Ronettes, the Temptations and Sam & Dave – none of whom wrote their own music, played their own instruments or were the masters of their own fates – then there's no good reason not to have the Monkees alongside them. 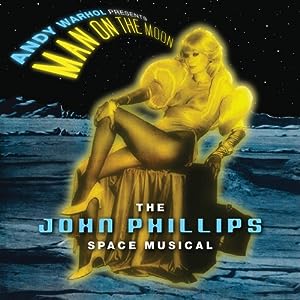 4. Peter Gabriel/ Don't Give Up/ Shaking The Tree: 16 Golden Greats