Plucked at random from my iPod's Halloween playlist: Artist/Title/Album....

5. Screamin' Jay Hawkins/ I Put a Spell on You/ Cow Fingers and Mosquito Pie

9. The Ramones/ Howling at the Moon/ Ramones Mania

10. Reverend Gary Davis/ Death Don't Have No Mercy/ Harlem Street Singer
Posted by MZepezauer at 5:59 AM No comments:

Your Friday Night Video, with Peter Tosh and Mick Jagger, from 1978.

Posted by MZepezauer at 9:18 PM No comments: 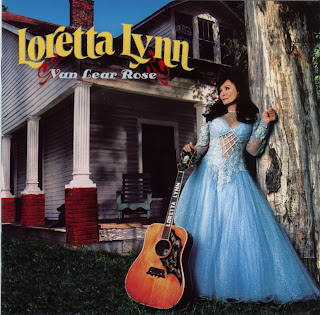 5. Sinead O'Connor/ Dagger Through the Heart/ Just Because I'm a Woman: A Tribute to Dolly Parton

Get well soon, Loretta Lynn!
Posted by MZepezauer at 5:43 AM No comments:

Reader "aaron" writes to complain that I hadn't provided any commentary on Ocuupy Wall Street, and that no email link was provided (he added a comment to my Random Ten).

To that I replied:


Thanks for caring enough to complain. Posting links to my email has gotten me on too many robo-spam lists, where people all over the world receive viagra offers or Nigerian scam letters, with my email link as the return address! I don't want that to happen again, but you can email me anytime by starting with the thirteenth letter of the alphabet, followed by my last name, then the "at" symbol, then "cox" followed by a dot, and "net" to finish up.


That unlinked address is now affixed beneath my profile picture. As for the #OWS movement, I haven't had much to say because I've been ugly busy. But I did attend the Occupy Tucson gathering on the first day, armed with a slightly wonky protest sign: 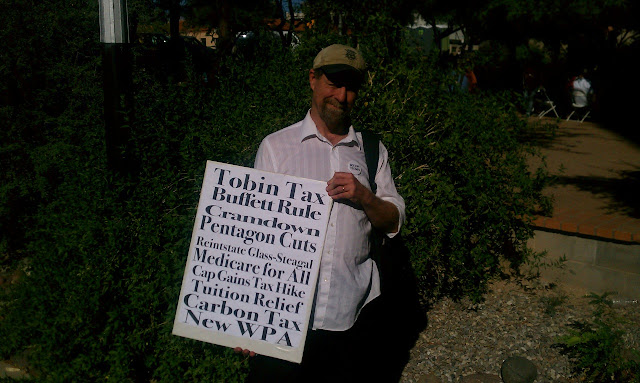 Back in September, Kevin Drum described how Netflix streaming works for him:


Basically, I think of something I want to watch and then go look for it. Usually it turned out that my choice wasn't available on streaming, which made the service pretty worthless to me. Apparently, though, most people don't work that way. They just dive into the streaming library and browse around until they find something that looks good. If that's the way you work, then the streaming service is a pretty good deal.

And that's basically the way it works for me; I go looking for something that might work for Family Movie Night, and every once in a while the Netflix algorithms recommend something that hits that sweet spot, and works equally well for the kids and the grownups.

Well, this Saturday, we hit the jackpot.  On a chance, we tried a Belgian claymation toon entitled A Town Called Panic. And all of us laughed our butts off.

Apparently the feature grew out of a five-minute TV series, which was so damn wacky and imaginative that people couldn't get enough of it. The feature film is in French, with subtitles, and the animators' voices add to the general air of lunacy. I can't recommend this highly enough, though I don't want to give away too much, either. Just go stream it, then check out their official website.

The soundtrack is a thing of wonder, too, and turned me on to this garage-punk wacko, among others.
Posted by MZepezauer at 7:08 PM No comments: 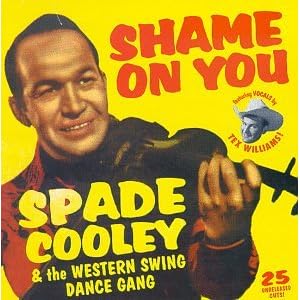 7. Jeff Buckley & Gary Lucas/ Satisfied Mind/ Sings to No One

10. Glen Campbell/ Witchita Lineman/ All the Best
Posted by MZepezauer at 8:14 PM 2 comments:

As both my kids are studying Taiko drumming with the Odaiko Sonora collective, we took them last week to see a performance by the Japanese masters Yamato. Minds were blown.

These people get up at the crack of dawn, run 10k, lift weights til lunch and then drum together all day and half the night. They're on tour 150-200 nights a year, so they're probably coming near you sometime soon. You don't want to miss it.

Posted by MZepezauer at 8:05 PM No comments:

2. Elvis Presley/ Don't Be Cruel/ The Number One Hits

3. Daniel Lanois/ Rocky World/ For the Beauty of Winona

10. Duran Duran/ The Reflex/ Seven and the Ragged Tiger
Posted by MZepezauer at 6:17 PM No comments:

Posted by MZepezauer at 8:54 AM No comments: