The 2010 Lilith Fair revival suffered from the general malaise of the tour biz during the Great Recession. No word on whether they'll try again, but maybe they should take a emulate the example of erstwhile rivals Lollapalooza and plunk down in one spot, a la Bonaroo/Coachella. 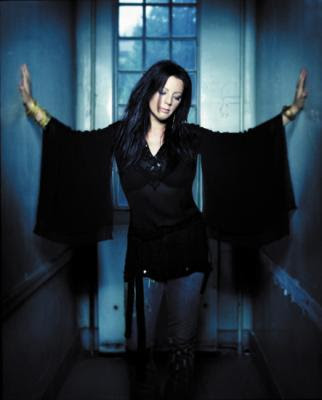 Sarah McLachlan’s Lilith Fair–one of the summer’s biggest concert draws–owes its existence to the arrogance and hubris of the Lollapalooza organizers. When originally conceived by Jane’s Addiction frontman Perry Farrell in the early 90s, Lollapalooza became the first big package tour, a travelling road show of musicians, artisans and activists. Its phenomenal success, coming on the heels of Nirvana’s surprise run up the charts, took the music industry by surprise, in much the same way that Easy Rider convinced film industry weasels in the early 70s that they didn’t really have a clue what the "youth generation" was into, and they’d better play catchup fast.

Farrell’s vision encompassed the maxim of variety being the spice of life, and while it featured the cream of alternative rock acts, there was always at least one hip-hop band along for the ride, and the scene was far from male-dominated. As alt-rock males questioned the trap of gender roles in their music, a powerful new generation of female performers came of age and began storming the charts, further confusing the clueless music industry types. Lollapalooza reached its finest hour in the 1996 tour, which Village Voice writer Robert Christgau said was one of the finest lineups he’d ever seen on one stage, "including both Woodstocks."

The show included the enigmatic and solipsistic Stockton band Pavement, a young Beck before the triumph of his acclaimed Odelay album, a pregnant Sinead O’Connor, who was replaced mid-tour by sassy British women Elastica, and the erstwhile headliners Sonic Youth, who, approaching middle age, were apparently unknown to many members of the audience – who left before the band's incendiary free-form improvisations. The real star of the show for most of the crowd was Courtney Love, whose band Hole had released an amazingly heartfelt and bitter album called Live Through This the same week her husband Kurt Cobain killed himself. At first the album was overshadowed by Cobain’s death and his widow’s media antics, but eventually it caught on, winning that year’s prestigious Village Voice Pazz and Jop critics' poll.

Onstage in a silk slip, smeared makeup and a Stratocaster, Love cut a commanding figure, and for the young women in the audience, it seemed like rock’s female messiah was at hand. Her abused waif persona resonated with so many of the women and men in attendance. When she sang "someday you will ache like I ache," it was clear that very few of us would ever ache that much. But like Cobain, she turned her pain into art for the rest of us, and let us purge our own aches and heartbreaks in a catharsis of grinding guitars.

Next year, with an act like that to live up to, the Lollapalooza organizers–sans Farrell–simply punted. They put together a tour of overwhelmingly macho acts like Metallica and Soundgarden, with not a single female or person of color on the bill. Audiences stayed away in droves, and Canadian musician McLachlan organized the all-female Lilith Fair in response to the stag party. That was the biggest summer tour of 1997, and again showed the music industry beancounters that they didn’t know what the hell they were doing. There was some criticism, however, that the billing was a bit too homogeneous.

In response, McLachlan added some edgier women to the 1998 tour, which hit Phoenix about two months ago. Sinead was there for some dates, as was hip-hop diva Erykah Badu. But for me, the main attraction at this years Lilith Fair was the great Liz Phair. Phair is something of an autodidact, who had been writing songs for years before a friend convinced her to record some of them. Convinced he had found the Great American Songwriter, he sent the tape around to record companies, one of whom signed her–only after agreeing to her demand to get her advance in cash.

The resulting album, Exile in Guyville, was another Pazz & Jop award winner. Phair’s frank lyrics and indelible melodic hooks contrasted with her untrained contralto and spare arrangements. She says now that the songs on Guyville, featuring a cast of abusive, controlling, demented and adorable men, came as the result of her anger at one particular man. The followup, Whip-Smart, showed more polished arrangements and singing, but failed to catch on with critics and fans as much as her debut.

Phair promised her third album would be the real deal, but nearly four years passed before it arrived in stores this month. In the meantime, Liz Phair had married and become a mother. She dreamt that she would release an album entitled Whitechocolatespaceegg, and that it would be well-received. It turns out she was right. Phair has lost none of her gift for melodic and lyrical hooks, and the arrangements (guided by REM’s producer Scott Litt) are as sharp as the wordplay. The Great American Songwriter, despite her newfound bliss, still casts a cynical eye across a disparate cast of characters, though with considerably less bitterness (well, except for the psychodrama "Johnny Feelgood"). She says the woman who wrote Guyville will always be a part of her, but she doesn’t feel the need to keep visiting her.

On stage at the Lilith Fair, though, Liz won few converts, thanks to her legendary stage fright. She’s lost the deer-in-headlights gaze of her early TV appearances, but failed to grab the crowd with the more commanding stage presence of seasoned performers like Natalie Merchant and the Indigo Girls. Many in the crowd had no idea who Phair was, and many didn’t want to know. One Phoenix paper quoted concertgoers as disdaining the variety in this years Lilith lineup; said one woman, "I wish they would all sound just like Sarah. I don’t want to hear any hip-hop or anything."

Nevertheless, Phair gave a more than competent reading of three new songs and three old ones, and her partisans were not shy in their enthusiasm. Now the crisp first single from Whitechocolate, "Polyester Bride," is doing well. It bodes well for the staying power of this extraordinary artist who’s a little too edgy for Lilith but maybe not edgy enough for Lollapalooza. That is, if there were a Lollapalooza. This year’s tour was cancelled for lack of interest.

Posted by MZepezauer at 6:36 PM