This manifesto appeared in the second issue of the Tucson Comic News, and I still pretty much agree with my 36-year-old self on this stuff. Fortuitously, the seventh paragraph led to a publisher calling me up and asking if I'd like to expand it into a book.... 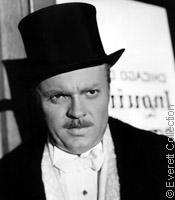 It's something of a tradition for the first issue of a new publication to carry a “Statement of Principles” from the publisher, a la Charles Foster Kane. Of course, now that I'm a capitalist, my principles have to take a back seat to the imperatives of business. Therefore I spent a good chunk of this space in the first issue begging people to support my advertisers (look for further begging elsewhere in this issue).

Having got that out of the way, though, I think it's only fair to be upfront about my biases. I don't think there is any such thing as objective journalism, so I feel that's the least I can do. Most of you already have a sense of where I'm coming from based on the cartoons I pick, but since I'm paying for this space, here are a few of the political axioms I live by.

The main purpose of a government is to protect the weak. That may be self-evident, and many have put it much more eloquently before me, using phrases like “prepare for the common defense,” and “secure the blessings of liberty for ourselves and our posterity,” but I put it that way to paper over the main contradiction in my philosophy. Like many of my generation, I want the government to keep its nose out of my business when it comes to what drugs I take, who I sleep with, what I read, and so on.

On the other hand, I want the government to keep poking its nose into the business of say, the folks who let that poison cloud out over Bhopal, or the crowd that runs the local asbestos factory, or whoever is responsible for the epidemic of babies being born without brains down near Brownsville, Texas. So I try to bridge the gap by reasoning that those powerful economic forces are the "strong," from whom our government ought to protect us. Unfortunately for anybody who reckons things thusly, our government has long since been captured by and run on behalf of those same forces. Go figure.

Which leads me to my second axiom, articulated by I. F. Stone. All governments are run by liars, and nothing they say should be believed. Now, anybody who's lived through the JFK assassination, the Vietnam War, Watergate, Iran-contra and the S&L Bailout, shouldn't need this explained, but there are apparently plenty of Americans who think our leaders are somehow well-intentioned but ineffectual. I'm not one of them. I think they know exactly what they're doing, and they do not mean well. I wish I was wrong.

I wish this wasn't such a timely topic, but as we go to press, our “Humanitarian Mission” in the Horn of Africa has gone horribly awry. Which leads me to Zepezauer's third axiom, wars have never been fought for altruistic reasons. Never have been, never will be. Not in Vietnam, not in Iraq, and not in Somalia. Wars are fought for economic motivations, and the huge oil reserves in Somalia might have something to do with why this little operation is taking longer than expected.

And speaking of economics, I happen to believe that there is no such thing as a free market economy. All empires have been built on protectionism and military might, and ours is no exception. The myth of the free market is kept alive by Republicans with which to beat over the head of anyone who thinks that, say, that the government ought to protect the weak from the strong. The massive subsidies built into our tax code and our federal budget for the oil companies, the auto companies, the timber companies, the pharmaceutical companies, and above all, the arms merchants, ought to demolish forever any thought that this is some sort of free market economy. But of course it won't.

Which reminds me, there is a whole hell of a lot more welfare for the rich than for the poor. And there probably always will be.The examples cited above are only a tip of the iceberg. If you'd rather your tax dollars didn't go to line the pockets of the rich, you might try lobbying your elected officials about this matter. Let me know how it goes.

That's why I consider that politics is mainly a matter of self-defense. I vote in every election, but only to try and identify which candidate is the least toxic and toss my support in that direction. I know that the people who pay for the campaigns are usually contributing to both sides, so that we can have this never-ending electoral cycle between the shameless pro-business whores and the ineffectual reformers. Once the shameless pro-business whores screw everything up enough to arouse the electorate, its time for the ineffectual reformers to take a turn. Their job, whether they know it or not, is to pass such meager and inefficient reforms as to leave people clamoring for another reign of the shameless pro-business whores. Guess which part of the cycle we're in now?

So, I do take part in electoral politics, but not with much enthusiasm, because the US Constitution is dead. It died in 1947, with the passage of the National Security Act, which created the CIA. This allows the executive branch of the government to break any law it chooses in the name of National Security, which is defined by guess who. The Constitution died of the contradiction and has been emitting an increasingly disturbing stench ever since.

So it's obvious to anybody still reading that I'm an awfully cynical bastard. If I were to label myself politically, though, I'd have to say that I am an anti-fascist. Communism is dead but fascism is stronger than ever, and it will always be the larger threat, since the right wing will always have more money and more guns than the left.

To me fascism is defined by two things: organizing society on behalf of the rich, and a deep loathing for democracy. There have been steady streams of this amongst our nation's leaders for many generations. This led the aforementioned CIA into an alliance with the Fascist International for the ostensible purpose of countering the Soviet threat. Well for me, the fascist threat is the biggest one around, and I'm hoping there's still enough citizens around who are committed to egalitarianism and democracy to make a difference. I guess we'll find out.
Posted by MZepezauer at 7:10 PM