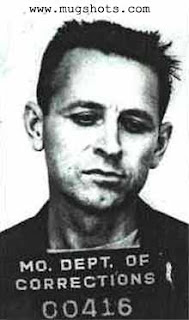 This is the month our government honors the memory of Dr. Martin Luther King. Unfortunately, it's a hollow honor, since the government has imprisoned an innocent man for Dr. King's murder, while covering up for the guilty parties involved.
Now, it's true that Ray pleaded guilty to the crime in 1969. It's also true that he was kept in a brightly lit cell 24 hours a day, with two armed guards and television cameras watching him until he did so. It's also true that he did so only after his mob-connected attorney told him that he would get the death penalty unless he pleaded guilty, that his father and brother would be jailed unless he pleaded guilty, and most importantly (and falsely), that he could not change his attorney until after he had pleaded guilty.
Ever since that day, James Earl Ray has maintained his innocence, and has worked in vain to be granted a trial. The US government, at least, has not given him one - yet. But in 1993, the cable network HBO did. Ray was given a mock trial with a retired judge, a jury of his peers from Memphis, Tennessee, actual Memphis prosecutors, and his own legal defense team. After hearing from all relevant witnesses, both dead (on tape) and alive, the jury found Ray not guilty of assassinating Dr. King.
You may say that a television trial is not a serious forum, but the US government certainly treated it as seriously as any other attempt to get at the truth in this case. The FBI was used to harass and intimidate witnesses and to attempt to tamper with the jury.
Even a cursory look at the evidence shows that Ray had a solid alibi; he was several miles away from the scene of the crime. The only witness to place him at the scene was dead drunk (possibly unconscious) at the time; other, more reliable witnesses contradict his testimony. And while a bundle of Ray's belongings was dropped outside the crime scene (including a weapon with his prints on it which has never, repeat never been proven to be the murder weapon), his prints are found nowhere within the room from which the government alleges the shots were fired. What assassin would wipe his prints from the crime scene, leave them on his weapon, and then drop that weapon for authorities to find?

Ray has always maintained that he was framed for the crime by a handler named Raoul, who employed him in a gunrunning scheme. It was in that capacity that he purchased the alleged murder weapon. Raoul also provided Ray with a series of aliases which the small-time crook would have been unable to obtain on his own. Each of the names were of actual Canadian citizens who were dead ringers for Ray, in one case down to identical scars. He had information about these men which could only have come from confidential military records.

It was not until 1989 that Ray's Raoul story was definitively corroborated. A witness confirmed that Ray had been seen with a CIA agent, an identities specialist operating in Canada, whose name was Raoul Miora.

That corroborating witness, Jules Roy Kimble, also confessed that he had been part of a conspiracy to kill Dr. King, which included members of the FBI, the CIA and the Mafia.

Kimble's story checks out, but he is not the only credible witness to have confessed to his part in the assassination. Lloyd Jowers, who owned a cafe in the building from which the shots were alleged to have originated, says that he hid the murder weapon for the actual killers. FBI agent Arthur Murtagh says that his office in Atlanta was part of an effort to "get King, to bring him down, break him, or destroy him," and that his colleagues "literally jumped for joy" when learning of Dr. King's death. And two military intelligence agents confessed that they were stationed on nearby rooftops with their weapons trained on King in case the other shooter failed.

(These and other startling allegations about the King case can be found in the books Orders to Kill, by William F. Pepper, Carrol and Graf, 1996; Who Killed Martin Luther King?, by Philip Melanson, Odonian Press, 1993; High Treason 2, by Harrison Livingstone, Carrol and Graf, 1992; and in the Summer 1990 issue of Covert Action Information Bulletin.)

James Earl Ray has served nearly half his life in prison for a crime he did not commit. He now lies in a coma from which he will probably never awaken. His brother Jerry has kept him on life support because next month he may finally be granted the hearing he has sought all these years. Incredibly, the alleged murder weapon has never been tested to see if it fired the slugs taken from Dr. King's body. Ray's attorneys are petitioning the government to do just that, at long last.

If justice is done in this case (never assured when the government's master manipulators are at work), perhaps James Earl Ray can finally rest in peace. If not, it falls to the rest of us to try and sort the lies from the truth about our history. Lately we have seen the governments of El Salvador, South Africa and Argentina create truth commissions to uncover the facts about atrocities committed by their predecessors. It's long since time for the USA to try a little glasnost of its own.
Posted by MZepezauer at 10:20 PM