This organization is still active and still doing valuable work - through Dr. Yunus (now a Nobel laureate) is being persecuted in Bangladesh. You can donate to RESULTS at their website or Facebook page, and it remains one of the best ways to leverage your charitable contributions. 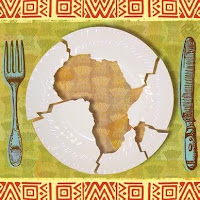 I want to tell you about something that has given me more hope than anything I've heard of in a long time. The work I've been doing for the last decade or so has kept me well informed of the many reasons for cynicism and despair, so it takes a lot to get me this hopeful.

There's an organization called RESULTS, which is an international citizen's lobby, dedicated to creating the political will to eradicate hunger and poverty. And these people are living up to their name: they save the lives of over four million children a year.

RESULTS has had spectacular success in combatting deaths from easily preventable diseases, like measles, diarrhea, whooping cough, tetanus and pneumonia. These five account for more than half of the 35,000 children who die every day accross the planet. The annual cost of immunizing them is something like ten bucks. Planetwide, it works out to one day's worth of military spending by the governments of the world.

The other thing that RESULTS does is equally dramatic. They provide small business loans to the most impoverished women on the planet. Their programs are based on the success of the Grameen Bank in Bangladesh, founded by Dr. Mohommed Yunus.

Dr. Yunus made a point of seeking out the most destitute women and is now lending out $1.5 million a day in Bangladesh. The average loan is about $140 and the payback rate is 98%.

Their access to credit has allowed these women and their families to become self-sufficient, as they were before colonialism disrupted their ancient economies. They go into food or craft production and before long are able to provide their children with the basic necessities of life. In the villages where Grameen operates, there have beendramatic increases in school enrollments, improved nutrition and basic health, increased use of clean water, declining rates of spousal abuse and malnutrition, and, not surprisingly, reduced fertility rates.

We all have a stake in the lives of the poorest among us, and Dr. Yunus has showed by example that access to credit is a basic human right. Loaning money to the poor-not giving it away, and not forking it over to their goverments-is also the fastest and least expensive way to end poverty. RESULTS has followed the example of the Grameen Bank and is now facillitating microenterprise loans to peasants in El Salvador, Guatamala, and Honduras.

But wait, I haven't even gotten to the real amazing part yet. What amazes me is that RESULTS is providing these funds with the cooperation of some fairly unlikely allies, including the GOP-dominated US Congress, and believe it or not, the World Bank.

Yes, this is the same World Bank whose "structural readjustment policies" are killing millions of the most impoverished inhabitants of our world. And while the $200 million that they have coughed up this year is a drop in the bucket compared to the billions this institution has provided to finance the rape of the Third World, this is a heartening, and amazing, step in the right direction.

And it's not the only step, either. RESULTS lobbyists have sponsored five letters to the World Bank urging them to revise their genocidal policies. The latest one has over 12,000 signatures from legislators of the Bank's principal funders, including parliamentary majorities in Canada, Australia and England, half of the German Bundestag, and over 110 members of the US Congress.

This is due in large part to the extremely effective lobbying done by RESULTS volunteers.At a time when the overall US foreign aid budget has been declining, RESULTS has lobbied succesfully for an increase in support for microcredit programs. They can do this in part because they treat Republicans and World Bank officials as human beings. As John Lennon said, there's a little Hitler and Jesus in all of us. RESULTS lobbyists have brought out a little Jesus in some folks who continue to give money to little Hitlers all over the world.

For each dollar that is donated to RESULTS, they are able to leverage over a thousand dollars in matching funds. That'll save a hundred kids from an early death, all from your four quarters.

I haven't been this energized about a political organization in along time. This ties in with so much of what I've been saying the past couple years, about the need to join together and take action, to counter the effects of the rapacious multinationals. And as I mentioned once before, since it's capitalism that's destroying the planet, maybe only capitalism can save it.

So last weekend I took time out from putting this paper together to sit down to a $100 a plate breakfast fundraiser for RESULTS. There were alot of quite wealthy Tucsonans there, some of whom gave far more than the $100 minimum, but there were also a lot of folks like me, who didn't have a hundred to spare, but could see their way to donating ten or twelve bucks a month.