2004: Leftists are the New Conservatives

This one was commissioned by a now-defunct website called Democracy's Edge (Frances Moore Lappé' now has a website by that name, but it's unconnected to the one that bought this piece). Of course, this flip side to this argument is that rightists are the new radicals - and that seems pretty inarguable these days.... 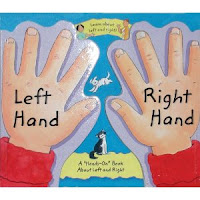 I used to say things like, "The body politic needs both a left wing and a right wing to soar." But today, the tone in Washington has changed so thoroughly that so-called conservatives are gnawing off the left wing of the body politic like a wild animal caught in a trap.

Pundits praise the president for his "optimism" even as he spreads fear like Hitchcock on a bender. But he's certainly given the opposition party a chance to present an optimistic plan in response. Elect us, say the Democrats, and we won't take away your overtime pay. We won't loot your retirement pensions. We won't underfund your schools. We won't cut your veterans' benefits. We won't allow more mercury emissions in your air. We won't draft your kids.

How's that for a positive agenda? Just typing it out makes it utterly clear to me: leftists are the new conservatives. Conservatism used to be all about sticking with what works; radicals were the ones who wanted to tear down the system and start over. Well, folks, we're stuck with the most radical administration in history. They're destroying our economic safety net, our system of international alliances, the wall between church and state, and much of the Bill of Rights. Call me old-fashioned, but hey, that Fourth Amendment? That was one of my favorites. And if it was good enough for grandpa...

Meanwhile, over on the left, the real progressive agenda looks to what used to work. We want clean air and water, affordable healthcare, access to higher education for the working class, a broadly shared prosperity, and a peacetime military. Well, those are all things that we used to have in this country, but they've been taken away from us.

Much more will be taken if we don't get regime change this year. Will our children inherit a country ravaged by climate change, bankrupted by lopsided tax breaks, drained of its pension funds, constantly warring to maintain our corporate-friendly "empire"? Not if we can help it!

We have to do more than stanch the bleeding. If we want our nation to soar, we will have to rebuild our environment, revitalize our economy, rethink our foreign policy, and recommit to providing opportunity to all our citizens.

For starters, we could go back to a minimum wage that people could actually live on (it's lost some 40% of its value since peaking in 1968). Some cities, like Baltimore (PDF), have tried this, and surprise! People who make a living wage tend to spend money in furniture stores, and restaurants, and clothing shops, and other places where they never spent money before. Because--duh!--they didn't have any!

Part of the reason we had a healthy economy in the 1950s is that we had strong unions and progressive taxation. The right has spent the last quarter century making sure we no longer have either. But we could go back to making sure that workers have the right to organize. And we could go back to lifting the tax burden away from working people, and making sure the wealthy pay their share. Hey, it worked before! We used to have a middle class; now we have the worst income inequality in 75 years. And there are radicals in Washington who will make it worse! If we could simply return the nation (and the planet) to the levels of income inequality from thirty years ago, that would be a great achievement.

Conservatives like me (I'm sorry, I don't think I can get used to saying that) want to restore the lost protections against white-collar crime enacted during the Great Depression. We'd like to go back to a time when healthcare was affordable, and grant money helped poor students to afford college. We'd like to have an EPA that actually protects the environment again. After all, what's more conservative than conservation? Believe me, you'll miss those polar ice caps when they're gone.

And yes, we want to go back to an America that wouldn't go to war just because some country might be thinking of becoming a threat to us at some indeterminate point in the future. In fact, if we'd like to improve our security and counter the recruitment of terrorists, why don't we try a new version of the Marshall Plan? Rebuilding Europe was a win-win situation: jobs for them, markets for us. We could do that in the Third World, too.

Now, it's not like we on the left don't have any innovative policy proposals, and we'd be happy to show them to you if we could just get our thumbs out of this dike. We've been shopping around a plan for energy independence called the Apollo Project--whoops, there's that nostalgia thing again. We'd like carbon taxes and incentives for efficient product design, to cut down on our profligate waste - hmm, that sounds kind of conservative, too. Well, what we'd really like to do is put people to work protecting our ports, and retrofitting our bridges, and repairing our crumbling schools, er, just like FDR did.

What's the most far-reaching proposal on the leftist agenda? Universal health coverage, you may say. Why, that one's so radical that Richard Nixon, Harry Truman, and Teddy Roosevelt called for it.

So yes, fighting to preserve the rights and the policies our grandparents struggled for is a profoundly conservative notion. So, too is working to leave your children a country more prosperous than the one you found.

I want my kids to graduate from college without being mired in debt, to find a job that pays them what they're worth, to be able to bargain collectively if they're mistreated. I want them to be able to look back and say that their parents tried to do something about global warming before it was too late. I want them to run their economy on clean, renewable energy. And I want to give them the gift of peace: a world of self-reliant states, where America "goes not abroad seeking monsters to destroy." Now, how radical is that?

The administration has promised us a war that may not end "in our lifetimes." The Treasury Department produced a report (which was suppressed) showing a $44 trillion deficit yawning open over the coming decades. One of the president's most influential allies vows to shrink our government until it's small enough to "drown it in the bathtub."

On the other hand, if you believe, as our grandparents did, that we can collectively use our government to try to build a better world, then maybe it's worth working to keep it out of that tub.

Our grandparents didn't get the eight-hour day, or social security, or voting rights handed to them on a silver platter. And nobody will hand you a clean energy economy, or a turning away from delusions of empire, or the kind of economic security our parents took for granted. If you want your children to live in a world like that, you have to work for it, the same way you work for that paycheck that puts food on your table. Nothing else is more worthy of the struggle. And it's far from impossible; grandma and grandpa have already proved that.
Posted by MZepezauer at 2:11 PM

Email ThisBlogThis!Share to TwitterShare to FacebookShare to Pinterest
Labels: 2004, politics