Sadly, the great Kate passed away last year at the age of 63. Their last disc together was the delightful McGarrigle Christmas Hour. Since this review was written, Kate's daughter Martha Wainwright has also joined the family business, with three distinguished releases to her name so far. Meanwhile, Rufus and Loudon continue to add their respective oeuvres. Anna McGarrigle has not announced any new projects, but the official Kate and Anna website contains heartfelt tributes to her late sister, and links to a new rarities disc. You can sample videos of the sisters over here. 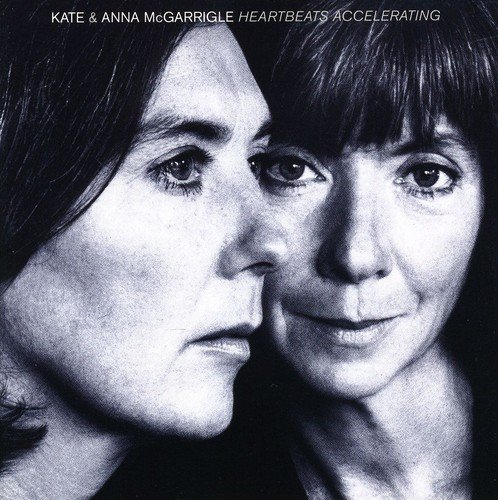 One of the overlooked gems of 1998 was a new disc from the good old McGarrigle sisters, Kate and Anna. The two have been recording wonderful folk-rock albums since the early 1970s. As songwriters, their compositions have been covered by, among others, Linda Ronstadt and Emmylou Harris, both of whom appear on the new album, The McGarrigle Hour.

The Rykodisc recording is a family affair, which includes their sister Jane, Anna’s husband Dane Lanken, Kate’s ex-husband Loudon Wainwright III, and their two children Martha and Rufus Wainwright, as well as assorted other family and friends.

This delightfully homespun album has the feel of a fireside singalong, and contains works by all the principal songwriters in the family, as well as classics from Irving Berlin, Stephen Foster and Cole Porter. This old-fashioned style of songwriting is also much in evidence on the whimsical and romantic debut album by Rufus Wainwright (eponymously titled, on DreamWorks records). Rufus was recently chosen Best New Artist by critics from Rolling Stone magazine, and his album came in 10th place in the prestigious Village Voice Pazz’n’Jop critics’ poll.

Like his parents, young Wainwright harkens back to pre-rock sensibilities, but his lyrics have a biting contemporary edge to them. That bite may have come from his father’s side. It’s been said of him “He could’ve been as big as Springsteen or Dylan if he wasn’t endowed with a sense of humour.” Those interested in the elder Wainwright’s long and distinguished career are urged to check out the compilation One Man Guy: The Best of Loudon Wainwright III 1982-1986, on Music Club records. Unfortunately, this barely scratches the surface of his 30-year discography. His comprehensive website contains links to both Rufus’ and Kate & Anna’s home pages.
Posted by MZepezauer at 7:46 AM