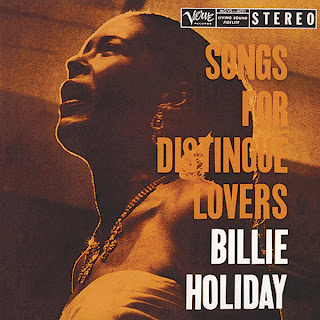 4. Billie Holiday/ Just One of Those Things/ Songs for Distingué Lovers

5. R.E.M./ Talk About the Passion/ Eponymous

6. Michael Nesmith/ Rio/ From a Radio Engine to the Photon Wing

7. Steve Young/ Holler in the Swamp/ Rock Salt and Nails

9. Elvis Costello & the Attractions/ Almost Beaten to the Punch/ Get Happy!!

10. Langhorne Slim/ I Love You, But Goodbye/ Be Set Free


I remember what Don Was was - back when Was (Not Was) was what it was.

Billie Holiday's album of standards was recorded in 1957.

The Monkees were my first great musical love affair; after I got my first radio, I used to sit up late at night, waiting to hear one of their songs. And while I waited, the whole world of pop music started to open up for me. Last week, while I was up in Portland, the Monkees had a gig there - or at least 75% of them. Mr. Nesmith does not tour with them. So what does he do instead? Get your Nez news over yonder.

The Editors sound a lot like The National to me, with the lead singer's deep baritone. That's a nice cover of the old T-Heads number, but you'll want to check out their originals, too.

For some reason I get Langhorne Slim confused with Slaid Cleaves. They're both wonderful.

Back in Tucson tomorrow. See ya!
Posted by MZepezauer at 9:16 AM