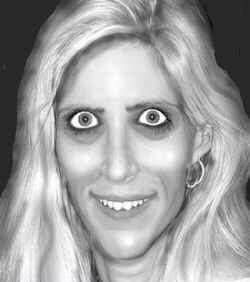 It's always a pleasure to visit my parents, and one of the side benefits is the sheer bulk of the right-wing propaganda my dad has lying around. I do my best to keep in touch with the loyal opposition, but I can really get an immersion in the conservative milieu when I'm there. So, for instance, I got to thumb through Ann Coulter's latest hate literature, Demonic. Therein I learned that righties still can't get over the French Revolution, for one thing.

And a lot of Coulter's schtick consists of "nyah, nyah, you guys do it, too." So I was amused to see her chapter equating the fever dreams of the birthers with the left's "obsession" with the October Surprise. If only. Most lefties, like everyone else, have too many more recent scandals to keep up with. But one reporter who's never let go of the story is Robert Parry. He's long since demolished the tissue of lies that "vindicated" Poppy Bush. And tonight I see that he's used a FOIA request to examine how the tissue of lies was constructed in the first place. Very illuminating reading.

It was also amusing to watch a bit of Fox News, and see Bill O'Reilly and Dick Morris treat each other like serious thinkers. That about made my day. They both seem to think that Obama is really going to take the heat for his intransigence on the debt ceiling talks. Ask Mitch McConnell how that's working out , fellas. Over at the news division I learned that a testy Obama walked out of the talks today, and I had a feeling that there was a bit more to the story than they were letting on. Ya think ?

At a dinner party tonight the topic of the Shaggs came up - well, because I brought them up. For some reason I was reminded that a stage adaptation of their singular story has been unleashed on the world . If you don't know them, this 1999 New Yorker profile is a good intro . If you do know their strangely compelling outsider music, then you want to stop by their official site. I always thought those girls' story would make a great movie, and maybe that's just a matter of time, now. But you still have a chance to say you were into them before they were cool.

The Yglesias blog is always a fecund source of wonkery, but today his intern, Matthew Cameron, delivered some useful thinking on agricultural policy.

Finally, I never get tired of airplane rides, no matter how old I get. Last week when we flew up to Portland, I got a great view of Clear Lake, CA, which looked something like this. Yesterday I got to visit the place on a lovely California day and even paddle around a bit on a canoe. Gives you a completely different perspective - kind of like seeing a story on Fox News  and then getting a  closer look later on.
Posted by MZepezauer at 12:13 AM