Three and a Half and Counting

I mentioned earlier that this country is currently fighting three and a half wars.

So in war #1, Afghanistan, we hear from outgoing War Secretary Bob Gates that what we really need is a "long-term military presence there," apparently by leasing bases from the government there. This, of course, requires that we help maintain a government there who's willing to keep leasing us military bases. That accounts for the long-term part. In the short term, "a debate is raging" over whether our impending troop withdrawal should be a token reduction or something more substantial. Do not hold your breath.

In war #2, Iraq, we hear from incoming War Secretary Leon Panetta that he expects that Iraq will be asking us to stay a little longer. And according to his testimony today, he's okay with that. As we discussed last month, support for extending such an invitation is far from universal in Iraq. But I'm going to assume Leon knows better than I do whether the invite is coming. So we'll keep the file open on wars 1 and 2 for now.

War #3 is the kinetic action in Libya, also in the news this week. The Financial Times is reporting that Gates' initial price tag estimate of $750 million for FY 2011 might have been low-balled a bit. According to a Pentagon memo obtained by FT, we're at $660m so far, with costs stacking up at around $60m a month. That'd be a billion, give or take, for our limited involvement, the end of which is not in sight.

Which brings us to war number three and a half, which we don't count as a full war because it's a secret. But according to an article in the New York Times – which I believe has a fairly extensive readership – we're going to be "intensifying" our involvement in the Yemeni civil war. Apparently we have just as much interest in who runs Yemen as the Yemeni people do. And why is that? Need you ask? 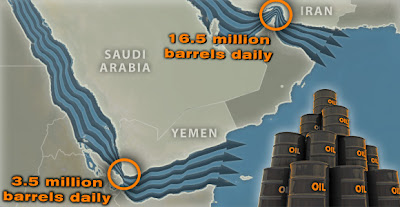 Posted by MZepezauer at 4:47 PM