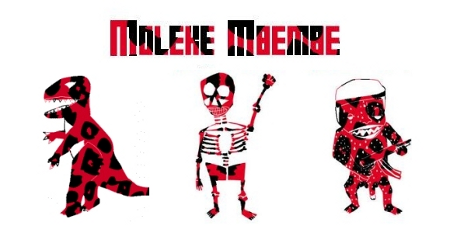 2. Pete Townshend/ Forever's No Time At All/ Who Came First

7. Asha Bhosle/ Aaj Ki Raat/ The Rough Guide to the Music of India

Look's like the pod's in kind of a world music mood this morning, and I have some 'splainin' to do.

First off, Mad Decent is the label run by producer/DJ Diplo, who, among other things is kind of an Alan Lomax for the 21st Century. He travels the globe looking for regional music scenes, only in this case it's not folk music but club music, hip-hop and various subgenres of electronica. His remix skills are always in demand, but he has also helped to bring many worthy artists to a wider audience, staring with the goddess M.I.A. I had the good fortune to witness one of his DJ performances at Club Congress here in Tucson. Among the goodies you can find at his home page today is a remix of the Coasters hit "Yakkity Yak," in tribute to the passing of Carl Gardner.

Buraka Som Sistema are a Portuguese electronica collective, heavily influenced by both the contemporary and traditional music of Angola. This is a remix of a track from their 2008 album Black Diamond.

Asha Bhosle, born in 1933, has been certified as the world's "Most Recorded Artist," having committed to tape (or hard drive) over 12,000 songs. Bollywood soundtracks, of course, are one of the major conduits for popular music in India, and she has contributed to over a thousand of them. Bhosle is also the subject of the tribute single "Brimful of Asha" by Cornershop.

Moleke Mbembe was recorded at Red Bull Studios in Cape Town, South Africa. The band is currently described as "unsigned" on their MySpace page.

Messrs. Presley, Owens & Townshend need no introductions. Would that were also the case with Ms. Griffin. You may know of her, but she doesn't get nearly the recognition she deserves, as either a performer or a songwriter. Downtown Church

Suicidal Tendencies are still active, reforming recently after a 1995 break-up, and planning a new album for 2012. They are not to be confused with the seminal protopunk electronica band Suicide.

That was a great segue from Suicidal Tendencies to Buck Owens to P-Funk. That's the kind of thing I'd do back in my DJ days. Back then, I was my own iPod.....
Posted by MZepezauer at 1:19 PM