The Other Mark Zepezauer 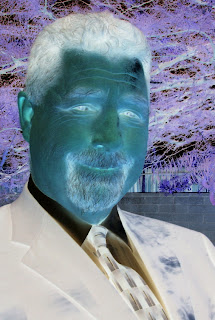 Over the course of the Information Age, and especially from being on Facebook the last year or so, I've become aware that there are a lot more people named "Zepezauer" than I ever thought possible. As a kid I always thought that it was such an exotic name that there were probably only a few such specimens. In 1970, we visited the ancestral home of the Zepezauers in Bad Ischl, Austria, where the phone books and cemeteries were full of Zepezauers, but here in the USA I figured that my father's lineage was pretty much it.

More recently I've become aware of odd scatterings of Zepezauers here and there, but never in a million years would I have thought there was another "Mark Zepezauer" anywhere. Well, I just got off the phone with him.

I got wind of his existence a few years back when I received the odd email or two asking if I had gone to high school with them in some midwestern state, or interned with them on the east coast. Since I had not done those things, I eventually figured out that there was another guy with the same name. So finally I dug up a contact number and called him and we had a lot of laughs.

The other Mark Zepezauer has ancestors from the same village in the Carpathians, is almost exactly my age, and spells his name the same way, but with a different middle initial. I'll keep it at that to respect his privacy. Thankfully, he's never been contacted by any fans of my books trying to track me down. With all due respect, I'm sure you're perfectly nice people, but I have had some fan mail over the years that was, er, less than fully hinged, shall we say.

Also along those lines, I stumbled across another Zep Blog on the internet; it seems to consist of only one test post from seven years ago, but it's still out there in cyberspace. That one, though, has a space between the P and the B, unlike your humble corespondent's site. So if you do happen to be googling around trying to get back here, be sure and ask for the ZepBlog by name.

By the way, if your name also happens to be Zepezauer, and google has led you here for some reason, contact me through "mzepezauer at cox dot net" and we'll do some genealogy.
Posted by MZepezauer at 12:24 PM

Email ThisBlogThis!Share to TwitterShare to FacebookShare to Pinterest
Labels: meta