Letter to a Right-Winger 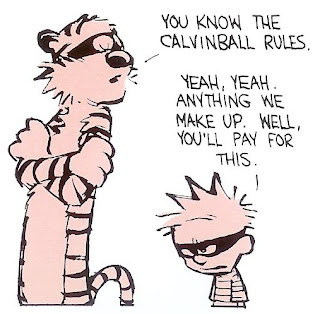 Hey, thanks so much for sending me that article. I'm always happy to read anything you'd like to forward to me.

However, I'd be happier if the articles were more fact-based than this one. I have little use for this kind of piece when it comes from the left: "Look at all the mean/outrageous things right-wingers say about us!" I could find an equal number of nasty quotes from the right, compile them, and send them to you, but it'd be a waste of both our time. If you listen to Mark Levin, read Ann Coulter, or watch Bill O'Reilly, then you get no shortage of them on a daily basis.

I'm happy to stipulate that civility is a virtue, one practiced imperfectly on both sides of our political culture, each of whom feels themselves to be the more aggrieved. Moreover, I'll agree that one needs to be careful with one's metaphors, though I also don't want to live in a world where colorful language is suppressed.

But it also seems to me that if Republicans take genuine, rather than feigned, offense at being called or compared to terrorists - you know, the way Sarah Palin and her acolytes referred to Barack Obama in 2008 - then they ought to forswear tactics such as those Mitch McConnell describes here:

"I think some of our members may have thought the default issue was a hostage you might take a chance at shooting. Most of us didn't think that. What we did learn is this—it's a hostage that's worth ransoming. And it focuses the Congress on something that must be done."

The political culture in DC is more toxic than ever, and anger at both parties, and within both parties, is at fever pitch. Part of the reason is that the GOP is, more or less unilaterally, playing a game called constitutional hardball, in which tactics not explicitly prohibited by the Constitution, but prohibited by generations of established political norms, are embraced to gain maximum leverage.

Republicans are clearly within their rights to do things like mid-decade redistricting, routine filibustering, blocking executive appointments at unprecedented levels, requiring voter ID and then closing down the offices necessary to obtain them only in Democratic districts, or threatening to shut down the government if they don't get their way. But such tactics do come at a certain price, and diminished civility is part of it.

And I'd argue that part of the reason our political culture has become so feverish is that the Democratic Party has been much more reluctant to play constitutional hardball when it's to their advantage - as in the failure to reform the filibuster, advance DC statehood, mitigate the Citizens United decision, or any number of things they (once) had the power to do. This is is part because the liberal outlook is by nature more conciliatory, and in part because the Democratic coalition is more heterogenous.

But however angry we get at Republicans for changing the rules mid-game (as in Calvinball), it's also true that the increasing polarization of our parties is a natural outgrowth of the successes of the civil rights movement. Pro-segregation politics made for strange bedfellows in both parties, and over the decades since, we've seen liberal Republicans and conservative Democrats migrating to the party that best matches their ideology. We still have more of the latter than the former, adding to the friction, but this is a process that will continue. Constitutional hardball is a part of this process, but the danger is that if pushed too far, it will lead to a constitutional crisis.

What happened last month unprecedented, but it was only the latest unprecedented outrage. The GOP went well beyond threatening to, or succeeding in, shutting down the government. They were playing chicken with the full faith and credit of our government. If the default had occurred and our credit ratings downgraded, our interest payments would have gone up, adding billions more to the deficit. But beyond that it would have created shock waves in our national and global economy, and in fact, the use of the tactic has already spooked both markets and consumers. Moreover, the success of the tactic, in cutting spending during a recession, will demonstrably slow down growth, at a time when the economy seems to already be slowing. This may well spark a double-dip recession.

Under the circumstances, it seems like the epithets Mr. Goldberg quoted were relatively mild, but in any case, a waste of everybody's time. Both sides should be concentrating their minds on the grim economic data unfolding before us and fashioning adult, responsible solutions, rather than manufactured crises that address the budgets of 2013 and beyond.

However, I will say this: any party that has employed Karl Rove as their chief political operative has forfeited the right to complain about civility for at least a generation to come.
Posted by MZepezauer at 6:50 AM